By Alistair Binks in Freelancing
On August 31, 2017

This post is intended as a guide for translators who wish to improve their writing in English. The aim is to learn to write clear, concise sentences that retain a formal tone.

When translating formal documents such as contracts and clinical trial documents, you may be asked to use academic writing. This requires making “nominalisations” by turning verbs into noun phrases.

With nominalisations: The analysis of the data of the patient was completed before the publication of the trial.

Without: The patient’s data was analysed before the trial was published.

Nominalisations are most effective when used sparingly. Use verbs when possible to write clearly and with meaning.

Let’s take another look at our example sentence in the first tip. We replaced the prepositional phrase with the possessive to write a clear, concise sentence.

Like nominalisations, prepositional phrases are often found in formal, academic writing. However, using too many in a single sentence will simply confuse your reader and needlessly distract from the message you wish to convey.

Using the possessive is just one way to avoid using prepositions. You can also use an adverb. For example:

Another solution for the issues raised in Tips 1 and 2 is to use the active voice. The passive is often used when translating formal texts because it places the focus of the sentence on to the result or effect of an action, rather than the subject. Translators also seem to prefer the passive partly because it translates well from other languages, such as French or German.

To be clear, using the passive voice isn’t always wrong. You should use it when the subject isn’t known or important. For example: The patient was checked for genetic disposition to the disease. (We don’t need to know who checked the patient)

Then what’s the problem? Using it too often or worse, improperly, will distract from the meaning. While the passive voice will make for fast, easy translation, you’ll end up writing a confusing, chaotic mess of nominalisations and prepositions. Try using the active voice whenever possible to allow you to write clearly.

It was revealed that cancer of the lung can be caused by inhaling smoke from cigarettes. → Research shows that smoking cigarettes leads to lung cancer.

Expletive sentences begin with There is/are and it is, and we use them to make general statements about the state of things and people. Unfortunately, they don’t make for great writing. A paragraph of general statements can be less interesting to read because it loses energy before it even has a chance to convey its message.

Try to write without using expletive constructions; simply remove the there is/are or it is and start with the subject (the doer of the action) or the main point of the sentence. This will ensure that the important information is revealed straight away. Consider the examples below.

Translators tend to use unnecessarily complex or advanced vocabulary. This is a common mistake: we are afraid of using words that may appear too simplistic or common for the subject matter in question.

As much as we love using them, “important sounding” words don’t always add to the meaning. In fact, they may distract from it by causing confusion or appearing pretentious- earning a few eyerolls from your reader!

Consider the following examples and stick to simple, commonly-used words where possible.

It is our job as translators to effectively convey the original meaning of the source text in the translation. Learning to write clearly and concisely is imperative in achieving this goal. Use these 5 tips and follow the basic rule; moderation is key, as in all things in life. Keep it simple, keep it focused. Happy translating! ???? 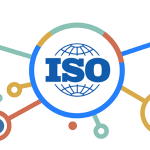 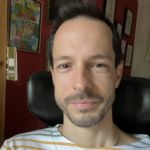 Albion Languages CFO talks to us about the current business environment