By Alistair Binks in Business
On September 06, 2021

Brazil is home to 200 million people, one of the world’s largest banks and a steadily growing GDP. In short, Brazil is an economic powerhouse, brimming with opportunity, and traders are taking note. Brazil’s GDP per capita outstrips other countries, including Canada, Russia, and Australia, by leaps and bounds, and the South American giant currently ranks number nine in the top ten economies. In this blog, we focus on why Brazil is one to watch.

Why export to Brazil?

The UK and Brazil have a strong economic relationship, which supports the growth of over 800 British companies operating in this country. Overall trade between the UK and Brazil, including imports and exports and both goods and services, stood at £6 billion in 2020, with no signs of slowing down.

Brazil boasts an engaged population of online shoppers, with nearly 50% of online consumers making cross-border purchases. Amazon quickly capitalised on this by increasing its investments in the country, building a massive warehouse and beginning full-scale operations.

Where Amazon goes, the rest generally soon follow. Microsoft has already made a space for itself in the Brazilian technology market; US-based aluminium rolling and recycling company, Novelis, has expanded significantly; and Fortune 500 financial services tech company, FIS, has deliberately severed ties with Brazil-based Banco Bradesco to allow it to work with other Brazilian banks. Strong precedents together with incentives, including proposed tariff reductions for certain imported products and a declining unemployment rate, seem to spell success for businesses looking to export to Brazil.

Successfully trading in any foreign market requires targeted market research, critically reviewing and assessing the demand for your product. This enables you to optimise your marketing efforts in a time-efficient and cost-effective manner.

A key element of this is localisation and transcreation — understanding the culture of the target market and ensuring your messaging hits the mark. This fine-tuned localisation can be a challenge if you are not aware of the variances in language and culture. For example, over 160 languages and dialects spoken in Brazil, of which Portuguese is the most common. This can be surprising to some, given that the rest of Latin America predominantly speaks Spanish.

Unlike much of the world, English is not widely spoken. In fact, according to a British Council report, only 5% of the Brazilian population speaks English, which can make trade challenging. On top of the language variances, there are holiday dates and other cultural variations to consider as part of a comprehensive localisation strategy.

Companies trading (and not trading) in Brazil

In an expanding market, for every success, there is relative failure. Positive results have been achieved by companies such as Amazon, Rolls Royce, Shell and Experian. At the same time, TGI Fridays have withdrawn from the market and Ford have ended decades of trading in the country, leading to the loss of around 5,000 jobs.

According to TGI Fridays’ Director of development in Latin America, Amir Kremer, their ‘retreat’ (not failure) was not due to lack of profitability, but more to the company’s expectations, while Ford stated that the pandemic had amplified ‘years of poor sales and significant losses’.

Challenges in exporting to Brazil

The European Union has been working on strengthening ties with Brazil for the past decade, with Brazilian president Lula da Silva remarking that, “the EU is a major trade partner and an important global player.” However, the UK then voted for Brexit. Did this spell the end of a glorious relationship? Perhaps not. A bilateral post-trade deal may well be on the cards, meaning the future looks brighter for Brazil/UK trade relations.

“We should explore the possibility of negotiating a trade agreement,” said Roberto Fendt, Secretary of Trade and internal affairs at Brazil’s Economy Ministry, following a virtual meeting with British Trade Minister, Liz Truss. The meeting highlighted a number of good things to come. With trade between the UK and Brazil amounting to $5.3 billion in 2019, there are strong reasons to avoid such an incredible relationship turning stale.

Why turn to Albion Languages

Despite a number of challenges, it is clear that, overall, Brazil is an attractive investment target. The combination of strong e-commerce markets, agricultural goods, a friendly business environment and evolving banking system solutions makes it a robust location for business.

Albion has extensive experience in navigating Brazil’s complex trading environment. Our expertise in global trade makes us the ideal partner to guide you over the many language and cultural barriers, avoiding potentially costly failures. We can assist in in-depth market research, enabling your business to be effectively localised for the Brazilian market, with no cultural or messaging barriers to hold you back. To find out more, please contact our experts. 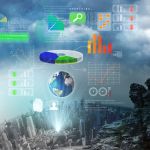