Difference between UK and US Legal Terminology

Aside from enjoying a common language, the US and the UK share rich and complex historical roots embedded into almost all parts of their respective cultures. From the legal systems, political ideals to their shared love of patriotism, these two countries are comparable in many ways.

They also provide an interesting example of how divergence of the very same bedrock of law has resulted in two similar, yet quite standalone systems of judiciary processes in the present. Naturally, this means that legal terminology varies quite significantly between the two. Here, we outline the differences between US and UK legal terminology.

The Difference between UK and US Legal Terminology

‘Common law’ first started hundreds of years ago with the Magna Carta in the UK and, as a former British colony, the US shares this common law ideology although it is now based on the US constitution. Both countries apply ‘common law’ or ‘case law’ as it is often referred to in the US as a form of authority for legal decisions, by using earlier relevant judiciary rulings for how to apply a law under certain circumstances or as a guide for subsequent legal cases.

Despite noticeable differences in nomenclature, both systems of law and the roles of its officers, such as lawyers and judges, remain similar. However, without a clear understanding of the different terminologies, it can be a challenge to realise how these two systems compare.

The UK has different terms for referring to solicitors and barristers based on their primary duties in regard to their clients. In the US, the titles ‘attorney’ or ‘lawyer’ are used to describe anyone qualified to practice law – as such, any form of law may be practised by lawyers once they pass the bar in a given state. Any US lawyer may also represent their client in court. In the UK, however, a ‘solicitor’ has been admitted by the Solicitors Regulation Authority with their name appearing on the roll of solicitors. They work directly with clients and handle most out-of-court matters, paperwork as well as representing clients in minor proceedings. At the same time, barristers are regulated by the Bar Standards Board, and often specialise in more “heavyweight” courtroom representation, drafting pleadings and more expert legal opinions. Barristers are experts in courtroom litigation.

Both US and UK courts have a tiered process based on the type and gravity of the case in question. What the UK would examine in ‘crown court’, the US deals with in ‘district court’ and both systems peak in the supreme court as the highest court in the land.

Interestingly, ‘tribunal’ courts and processes are unique to the UK and do not have a US equivalent. However, you may come across the term ‘bankruptcy court’, among others, which are niche courts in the US for serving some of the same purposes. Likewise, the US legal system offers parties options of legally binding ‘arbitration’ or ‘mediation’ as a preferable even cheaper means to settle certain legal and civil disputes.

The Importance of Word Choice

A recent article from Lexology.com points to the importance of word choice when dealing with differences between US and UK law. It suggests that stylistic requirements, as well as the actual vocabulary used, can cause unintended outcomes; the phrase ‘best endeavours’, while being preferable in contracts formed under UK law should be substituted for ‘best efforts’ in US legal documents. While the need for absolute clarity is accepted by all, in legal matters, it’s worth noting how there is space for widely differing interpretation of even the same terminology by the courts of the other country.

George Bernard Shaw once said, the United States and the United Kingdom are ‘two nations divided by a common language’. It may be easy to feel complacent about the sometimes seemingly innocuous differences between the vernacular of each country, after, it’s still English! However, when considering legal systems, we all need to choose our words very carefully.

Find out more about our legal translation services. 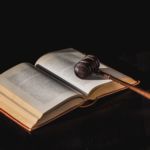 How to certify translations of legal documents 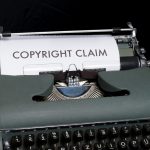 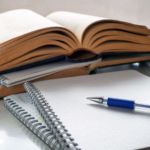 Due care and attention: Tips for translating legalese