By Alistair Binks in Business
On December 15, 2022

Although tea has a reputation as being quintessentially English, it has actually played an important role in Chinese history and in the country’s relations with foreign cultures, both near and far. Historically, it was considered a luxury product – along with porcelain and silk – that defined Chinese civilisation. In this blog, we investigate how tea was so pivotal to China, helping it to become a global trading powerhouse. 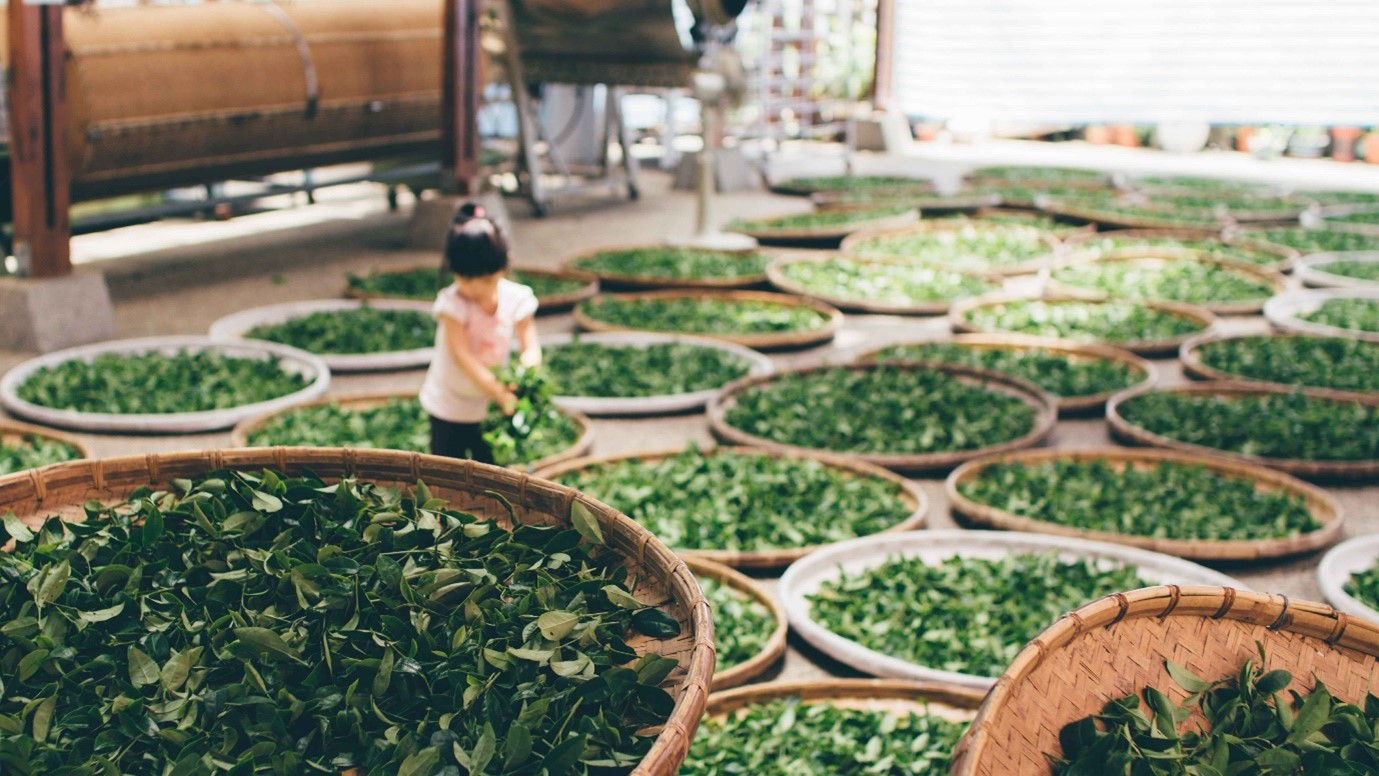 How tea travelled the world

Tea has been present in China since about 2700 BCE. For millennia, it was a medicinal beverage obtained by boiling fresh leaves in water. In around the 3rd century CE, it became a daily drink, at which point tea cultivation and processing began in earnest. As its popularity spread, tea left its homeland in Southern China and was transported to Changan in the North, and then on to Mongolia and to Siberia. The Dutch East India Company is reported to have carried the first consignment of Chinese tea to Europe in 1610.

By the late 19th and early 20th centuries, tea cultivation had spread to Russian Georgia, Sumatra, and Iran, as well as to non-Asian countries such as Natal, Malawi, Uganda, Kenya, Congo, Tanzania, and Mozambique in Africa, Argentina, Brazil, and Peru in South America, and Queensland in Australia. By the late 20th century, tea had become a universal beverage – and a highly valued commodity – throughout the world.

How the tea trade shaped China

It might come as a a surprise to learn that Lipton Tea, owned by the UK conglomerate Unilever, is the most popular brand – and holds the largest market share – in the Chinese tea market. Furthermore, the brand only entered the Chinese market in 1992. So why is it so successful?

The key to Lipton’s success lies in its global distribution know-how. The tea Lipton sells is grown in China, processed in China, and packaged in China by Chinese employees. Local tea makers have been doing that for decades, but what marked Lipton out was building a sophisticated localised business system, including sourcing, production, branding and R&D.

The company brought business acumen and western marketing techniques along with it. Lipton wanted to do much more than just sell tea. The company had a clear vision of becoming a market leader in China and a tailored plan for achieving its ambitious goals.

Lipton worked hard to gain a thorough understanding of the Chinese market and developed a localised marketing strategy to meet the specific needs of Chinese consumers. Such brand localisation is the process of adapting your company’s offerings, messaging, and content to new global markets and countries. Lipton’s localised marketing and brand building spans Chinese films, TV, and fashion magazines in a way that Chinese consumers can understand and relate to.

The company has carefully considered the entire purchasing experience, as well as the brand’s impact on its audience. Lipton set out to change the idea that tea was a leisurely drink for the elderly. By taking the time to understand its consumers, the brand could appeal to their needs. Food safety has always been a high priority in China, especially for the young, and foreign food brands are often deemed to be safer.

By controlling the entire production system, Lipton can guarantee the quality and safety of its tea in ways local brands often cannot. By focusing on these unique differences in their marketing and branding strategy, Lipton has been able to attract young adults and white-collar workers as customers who care about the cleanliness and food safety Lipton guarantees, and in the process build itself an entirely new market segment. By researching and understanding its market, Lipton has cemented its place at the heart of tea culture in the heartland of historic tea production.

While your business might not be planning to dominate the Chinese market, Albion Languages can help you find your own niche. Albion offers more than just translation. We aim to guide your business through what can be a complicated and fraught process of international expansion, offering tailored support to help you get a better sense for the culture and behaviour of the market you are entering. To find out more, please contact our experts.