The importance of language translation within human rights

By Alistair Binks in Languages
On December 15, 2021

As translation experts, we are accustomed at Albion Languages to aiming to avoid the common pitfalls in translation. When translating Human Rights content, for instance, while there is an international legal framework for human rights and freedoms, not all human rights documents can be translated in exactly the same way across cultures. As December marks Universal Human Rights Month, we’ll be looking in this blog at why understanding the subtleties of language translation is so important, especially when discussing human rights.

The Universal Declaration of Human Rights provides the foundations for modern human rights. Adopted by the General Assembly of the United Nations in 1948, the declaration sets out a range of rights and freedoms to which everyone is entitled, wherever they are in the world.

The document constitutes an agreement on essential human freedoms, yet the translations are not always made in consultation with local populations or local languages, which can lead to confusion and uncertainty. At Albion Languages, we understand how crucial it is to identify and respect relevant local language concepts that might influence the meaning of texts.

Why is the Universal Declaration of Human Rights so important?

The Universal Declaration of Human Rights (UDHR) is the world’s most-translated document, with 525 official translations in 2021 (including one in sign language). Although incredibly important, the document itself is not actually legally binding. However, it does contain documents – such as the International Covenant on Civil and Political Rights – which are legally binding.

As a global population, we currently face a plethora of challenges, from a healthcare pandemic to climate change and inequality and so it has never been more important to understand the importance of the Declaration of Human Rights and of caring for our fellow man. The most recent translation of the UDHR was into Elsassische — an Alsatian dialect only spoken by 800,000 people in the French region of Alsace – which highlights how interest in and the reach of the document go far and wide.

The source language of the UDHR is French, which in itself creates a series of translation challenges, especially concerning verbs used to express obligation. In English, for example, there are at least five ways to say that someone can do something: “must”, “have to”, “should”, “may” and “could”.

The original French text says that all human beings “doivent agir les uns envers les autres dans un esprit de fraternité”, which could be translated in a number of ways.

What’s the difference between these versions?

The official UDHR translation chose “should,” which translates as more of a suggestion than an obligation.

Language translation and interpretation is complex, as not every word in a language translates easily, or directly into another language. Many words simply don’t have an exact equivalent in another language, which is where interpretation becomes vital. The text must be read and the intent understood so a translation can be done properly. For example, the word “victim” –of great importance in texts on human rights – is the same in many Western languages as the word for “sacrifice”, although these have very different connotations.

It is also possible for two legally enforceable terms to differ from one document to another. For example, the term “vulnerable”, used to describe groups which are particularly disadvantaged and require special care or attention, would simply be translated into French as “vulnérable”. However, in Serbian, this same word could be translated as “endangered” (ugroženi) or “sensitive” (osetljivi) depending on the exact context.

This highlights the need for careful research and thorough understanding to ensure that translations use legally-binding and enforceable language.

The language of human rights is unifying

The language of human rights is a strong moral language. Without it, we lose the moral lingua franca that allows effective communication between people of different native languages and provides the common ethical ground needed to live and work together in harmony.

The language of human rights can act as a bridge, linking cultures and reminding the world that each person deserves to have their human rights respected. This blog has aimed to demonstrate how important good translation is and how complex it can be. To discuss language translation in more detail, please get in touch. 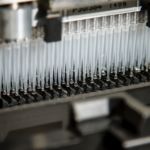