Created by Walt Disney, Mickey made his first appearance in the classic animated short Steamboat Willie on this day 93 years ago. In the decades since, generations of children have grown up with Mickey Mouse, watching him take on a whole variety of roles, from steamboat captain to orchestra conductor, brave little tailor to mighty sorcerer. In this blog, we look at where the Walt Disney journey began.

An icon is born

In 1928, Mickey Mouse’s character was born. His big-screen debut came in that same year in Steamboat Willie, which was also the first post-produced sound cartoon. Walt Disney voiced him himself until 1947. Since his conception, Mickey has starred in over 100 animated films, with his creator Walt Disney holding the record for most Academy Award wins – a staggering 26. In 1932, the year he won his first Oscar for his animated film Flowers and Trees, he also won an Oscar, commemorating his creation of the iconic mouse.

The Disney brand went from strength to strength in the 1940s and 1950s, celebrating hit after hit, with family favourites such as Pinocchio, Fantasia and Peter Pan all hitting the big screens.

Walt Disney was always an innovator and, in 1955, he opened the first Disney-themed park, Disneyland. The California-based park has been a huge success and continues to attract huge crowds, with over 18 million visitors passing through the turnstiles in 2019.

To put things in perspective, 8 of the top 10 most visited theme parks in the world are Disney parks! This illustrates how Walt Disney knew his audience and adapted his parks to enthral and engage them, with each park perfectly captivating the unique culture of its location.

Aside from parks, Disney also has a few resorts across America that don’t have theme parks, namely Disney’s Hilton Head Island Resort in South Carolina, Disney’s Vero Beach Resort in Florida and Disney’s Aulani Resort in Hawaii. These resorts let you experience the Disney magic in an entirely different way.

The Disney Cruise Line offers yet another way to celebrate the Disney brand! With its own fleet of 4 ships and a 5th set to launch in summer 2022, you can travel internationally whilst experiencing the Disney magic.

Disney has provided families worldwide with numerous ways to enjoy the magic from within their own homes or on the move. Disney also translates its modern films into over 46 different languages! This can even include exotic languages, such as the 2016 hit ‘Moana’, which was translated into Hawaiian, a language of just 26,000 speakers.

Staying current in the digital age

Disney has always strived to remain relevant and keep at the forefront of innovation. When gaming became popular, Disney was quick to react and has produced plenty of video games over the years. Games such as the Kingdom Hearts series bring memories flooding back, while Mickey himself has enjoyed his fair share of adventures since 1981, with over 70 video games centred around our birthday boy.

With Disney’s acquisition of 21st Century Fox and the end of their deal with Netflix in 2019, this seemed like the perfect time to add yet another string to their bow. On 12th November 2019, Disney launched Disney +. This streaming service is designed to showcase the best of Disney, past and present, whilst at the same time competing with streaming giants like Netflix.

Disney + has only been around for two years – a relative newcomer compared to Netflix, which was originally launched in 1997 and then transitioned into a streaming service in 2007. Despite its competitor’s 12-year head start, Disney + is catching up with Netflix, with over 116 million subscribers as of 2021 Q2, compared to Netflix’s 209 million. If the trend continues at the current rate, Disney+ should overtake Netflix as the king of streaming by 2024.

It’s amazing to think that this whole journey started with a man in Hollywood drawing a cartoon mouse. That same mouse has since grossed billions of dollars and is now celebrating his 93rd birthday.

How Albion can help

Walt Disney knew his brand. He was conscious of what he wanted and wasn’t afraid to take risks in the pursuit of results. In today’s business climate, if you have your sights on the Global market, it is critical to have a partner on board that understands and respects your brand and its goals.

Disney is a maestro in the video world, but did you know that we regularly work with companies to localise their video content? If you have a fantastic video that sells your brand perfectly, but you want to know how to make it relevant to a new target audience in a different territory, then we can help. Our expert team can advise on and organise dubbing or provide subtitles in a wide range of languages. We can also analyse your video from a transcreation perspective, looking out for anything which may be unsuitable for your target territory.

A polished video can automatically give your brand a face, or visual identity, in its new market, helping potential customers connect with, and buy into, your brand and ethos. If you’d like to discover how video can help internationalise your brand, get in touch today. 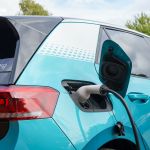 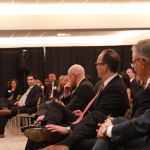