What Makes Medical Translation So Challenging?

Unlike other fields of translation, medical translation can be very challenging. It requires more advanced skills due to the need to be highly precise, clear and accurate.

Medical terminology is especially different with varying spelling in the different language variants. It also includes a lot of abbreviations which can differ from language to language. In addition, medical translators can also face considerable challenges in understanding the specifics of medical procedures and know-how.

Let’s take a look at some of them:

Medical technology is evolving around the globe. Many medicines and equipment are manufactured in different countries and then exported. Thus, the relevant documentation needs to be translated into a range of target languages (often including English) alongside the language of the manufacturer’s home country. The exponential rise in the number of medical concepts and the quantity of research has made medical translation and localisation all that more complex and demanding.

In medical translation, a linguist needs to be equally an expert in medical know-how and the target language. Translating medical documents and texts is highly complex due to the many special terms which cannot necessarily be translated directly into the different languages. This field is so unique that even bilingual doctors and nurses are not advised to translate medical texts. Only specialist professionals can perform this type of translation in such a way as to avoid mistakes, prejudice and common knowledge that can cloud such a translation.

Medical translators undergo intensive training that is both time-consuming and expensive. A regular translator cannot perform medical translation even if they are fluent in the language and know the common phrases and idioms. There have been several reported cases of deaths due to the lack of an appropriate medical interpreter at a number of hospitals around the world. As a result, only a linguist who has undergone intensive training in medical translation should be entrusted with the task.

One of the greatest challenges facing a medical translator is to translate the texts and documents in a way that meets the needs of two distinct target audiences – patients or laymen and doctors and other medical professionals. Depending on the target audience, a translator will use different terms. For example, the term ‘Varicella’ means Chicken Pox. Depending on who is he/she translating for, the medical translator would either use the term Varicella for doctors and Chicken Pox for the lay audience.

Mistakes can be costly

The errors committed during clinical trials can delay the release of an important drug and make the trial all that more expensive. Translators may need to substitute loaded terms such as ‘death’ with something more culturally appropriate to the target audience. A mere translation without proper understanding of the culture of the target audience can thus be hazardous.

The need for accurate and concise medical translation is paramount. As people continue to live longer and medical research expands, an increasing volume of trial texts will need to be translated. At the same time, medical translators will also need to keep themselves updated on the latest technology and advances to ensure that they are able to continue adding value to the industry. 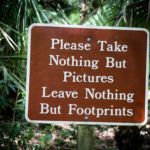 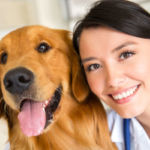 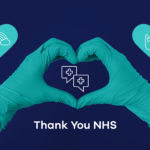 Valentine’s Day: Getting to the heart of healthcare translations